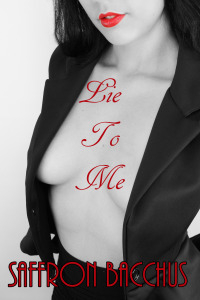 Innocent Alexa had never lied in her life. From an early age, her mother had reinforced the idea that lying was just about the worst thing you could do; a capital sin. Every time she began to tell even the slightest mistruth, she could feel her body tingle with what she assumed was overwhelming guilt. The feeling would start in her breasts, and quickly migrate down to her princess parts, which her mother also told her was a sin. So, she avoided lying at all costs in order to avoid these sinful sensations.

After a stellar university career, Alexa got her first job at a prestigious law firm, as she saw law as the ultimate pursuit of truth. But the job turned out to be harder than she expected, and her innocence was tested as her job required her to bend the truth just a little more than she was used to, resulting in surprising consequences!

You are not a member yet (or you're not signed in)! When you become a member, instead of this text you will see the link to download the full HD video! 🙂 Click here to become a member and get instant access to my videos! 😉